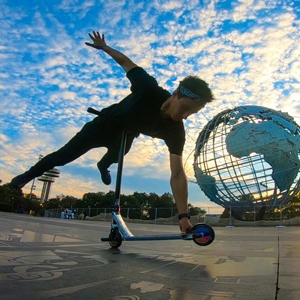 As a Professional Scooter Rider, my job entitles me to ride. As I was in competition on April 7th, 2013, I failed a trick I've done many times before and injured my right knee. 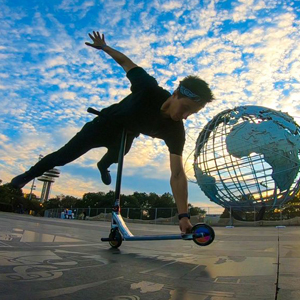 Hearing the news from a few other doctors and physicians, the word was I would never be able to do what I was doing ever again. On May 7, 2013 I was brought to Dr. John D. MacGillivray to reconstruct my knee and bring my knee back to life. Minutes after surgery I was able to walk up stairs. Two weeks in I was able to walk and run. One month in I was able to do box jumps at the gym. Two months in was a able to do a 180 backflip (flair) on my scooter once again. Five years later I am a Professional Scooter Rider who makes a living off being a competitive athlete and making videos for YouTube and brand endorsements. Thanks to HSS, I was able to ride again.