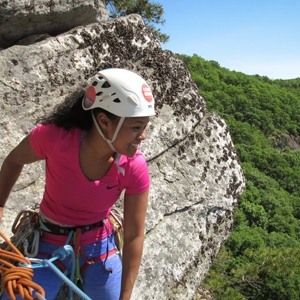 physical therapy which I did for 4 months with no progress. Even after those months of PT, I was still advised to continue PT even through the pain and lack of range of motion (I couldn’t lift my arm 90 degrees). I decided to get a second opinion and Dr. MacGillivray at HSS was suggested to me by two of my coworkers, both of which had successful shoulder repairs done by him. Within a few minutes of examining me, he knew exactly was wrong but he sent me to get an MRI just to be absolutely sure it was a torn labrum. He then explained the surgery and recovery process very clearly and I scheduled the surgery for January 2018. I was back to climbing only a few months later in May! Highly recommend Dr. MacGillivray!